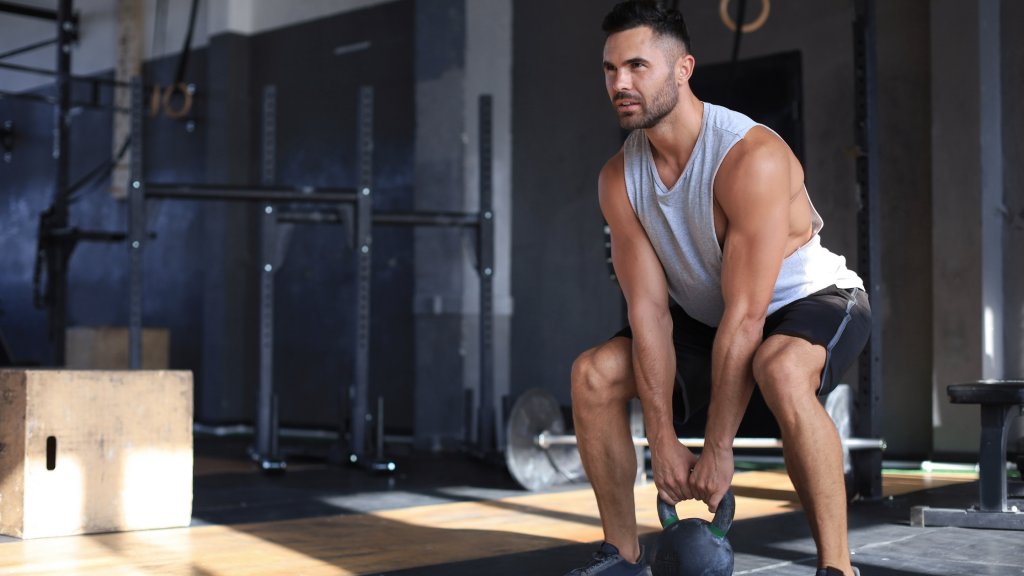 The way in which we cue an exercise can dramatically affect a client’s execution of the movement. Tarek Chouja, co-founder of the Functional Training Institute Australia, looks at optimal cueing techniques for enhanced performance.

To obtain mastery in a skill that we are learning or teaching to a client there are typically four stages of progression, as shown in the pyramid of hierarchical growth below.

Initially, a client may be seen to be either ‘incompetent’ or ‘competent’ in a given task. As the client becomes more competent and more confident they move up the pyramid towards mastery.

There is one additional element in this confidence-competence loop, which is courage. Together, the ‘3 C’s’ act as the rocket fuel to continually improve the mastery of a skill.

Learning a new skill can be fast tracked by ‘animating the cue’ – using specific verbal communication techniques to achieve both skill acquisition and skill retention.

Given the above context we can now focus on a specific method that will enhance and elevate the way you communicate with your clients.

Expert movement coach Nick Winkelman has done a great deal of research and application on internal versus external-based cueing to optimise the process of skill acquisition (which requires a series of short term transfers to the memory bucket of the client or athlete).

Internal cueing focuses on a body part, using cues such as ‘squeeze the glutes’ as you extend the knees in the squat. In the following video I show a demonstration of how to coach the squat using external cueing.

The below image is a great way to distinguish the body versus the environment and to see how easy it is to use an internal framework for verbally communicating to your client.

Internal cueing relies heavily on naming body parts and physiology. As fitness professionals, this may excite us – but clients don’t necessarily respond in the same way. Fortunately, there’s another way.

External cueing uses our surroundings and cultural references to help clients visualise the movements they should be striving to achieve. External cueing may be broken down into three distinct elements:

Think of some favourite stories and characters. Being a geek for Marvel movies, in the following video I use Cyclops from X-Men to communicate and stabilise the eyes during the single leg hinge.

Use your training surrounds as your points of reference. If you’re training your client indoors you can reference the ceiling and the wall, whereas if you are training outdoors you can refer to the trees and the sky. It’s about being creative and including key features within the environment to verbally instruct the direction or distance of a particular movement, as shown below.

By referencing the barbell, as in the above example, the client can focus their attention on the implement rather than on the hands or arms. This provides a focus that helps to keep them safe while efficiently executing the movement.

To successfully ‘animate the cue’ we must integrate the three distinct elements of external cueing discussed above into a meaningful outcome for the client or athlete.

Even though there is a creative licence here, external cueing, in particular the metaphor and analogy part, must be context bound.

Some key considerations for contextualising the cues are:

For example, if you were training a young client born in the early 2000’s, using an analogy or story using 1950’s comic book hero references may not be particularly context bound.

By understanding the client’s interests and passions, you can craft analogies and stories that relate to them at a deeper, more personal level.

Make your references relevant to the culture of those you’re training. A good example of missing the mark on this is from when I was teaching in India. I explained to the group the concept of ‘yanking the cord’ as if you are starting a lawn mower. They all looked at me blankly and I quickly realised that mowing the lawn wasn’t a chore that any of them had encountered!

Now it’s your turn to craft your external cues.

Choose one of the following movements:

Now break down the movement into parts. At first it may feel clunky and you might be tempted to default to the internal framework of cueing, especially if most of your verbal communication to date has been based on internal references to the body. Don’t give in to temptation! Avoid the old way and embrace the new.

The right cues, the right results

Treat the process of creating and crafting external cues as an important part of your coaching tool kit. When we get the coaching right we can truly optimise the client’s experience.

Find out more about Tarek and FTI at functionaltraininginstitute.com or by following @Coach_Tarek @FTIGlobal on social media. Click here to access the free ‘animating the cue’ video series and templates.