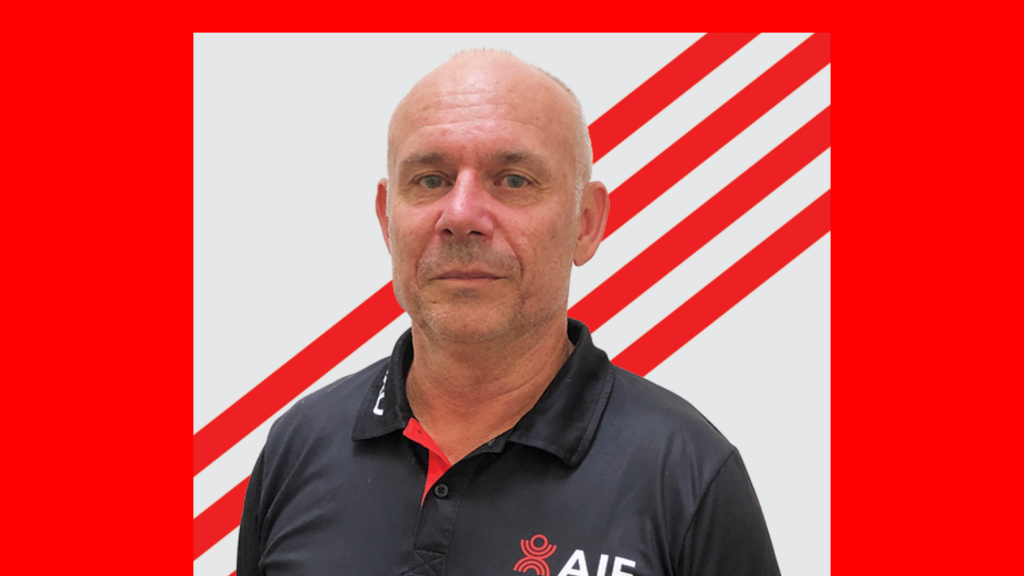 After three decades with the business, the NSW/ACT General Manager passes the baton to former AIF Graduate Simon McDonald.

The Australian Institute of Fitness (AIF), Australia’s leading fitness professional training organisation, has announced that longtime team member David Hatch is departing the company at the end of the financial year.

Starting with the AIF in 1992, Hatch’s tenure has spanned a remarkable 29 years, during which time he has held a variety of positions and contributed significantly to wide ranging changes to the business’s product offerings, delivery modes, branding and structure.

Steve Pettit, CEO of AIF,  said “David has not only seen the AIF undergo numerous changes over the years, he has been integral to the evolution of the business. With a wealth of experience as an educator and manager, and a background as one of Australia’s pioneering fitness professionals, the breadth and depth of his industry knowledge and connections is almost unparalleled.

“Hatchy has led countless people that have gone onto great things in their careers. He’s always been a staunch advocate for an active lifestyle and has lived the different iterations of AIF’s Vision, Mission and Values as the years have passed. Through numerous periods of change for the business, as well as for the wider fitness industry and RTO sector, David has been a steady hand for the NSW/ACT region and his good humour has always helped his team weather the storms that have been encountered.”

Incoming NSW/ACT General Manager Simon McDonald joins the AIF having spent the past 13 years as an Owner/Director of a successful Vision PT Franchise in Sydney. Himself a graduate of a Sydney-based AIF campus, Simon’s appointment sees him come full circle back to the business.

McDonald said “I am hugely excited and genuinely honoured to be given this opportunity. The role is nothing short of a dream come true. Since studying with the AIF many years ago, I have been an enormous advocate for the company and feel a strong alignment with its mission, vision and values. I would like to join the chorus of voices paying tribute to David Hatch, who has done such sterling work over so many years. He certainly leaves some big shoes to fill, and I will strive to uphold the high standards that he’s set, both for team members and for students. I wish David all the best for his next steps and look forward to leading the AIF in NSW/ACT into the future.”

Reflecting on his time with the business, Hatch said “After 29 years, I think about all the Warriors that have come and gone and the influence that we, as a team, have had on them, and realise the significant contribution that AIF has on the Australian population in terms of health and fitness. I’d suggest that millions of people have been positively impacted by what we do.

“To all my colleagues I say ‘enjoy your time here, because I don’t think you’ll find a workplace that’s quite like the AIF.’ I have incredible memories and have made wonderful friends that I won’t be losing when I leave. It’s been a great journey in a great company. I’ve ridden the highs and lows in our industry, and I think AIF is well placed right now to springboard to a new high. Farewell and good luck to the business and the team going forward.”

Pettit said “There is no doubt that David leaves an enduring legacy, with the positive influence he has directly had on thousands of lives continuing to radiate out for many years to come. On behalf of everyone at the AIF, our sincerest thanks and gratitude for all you have done for so many over the years.”