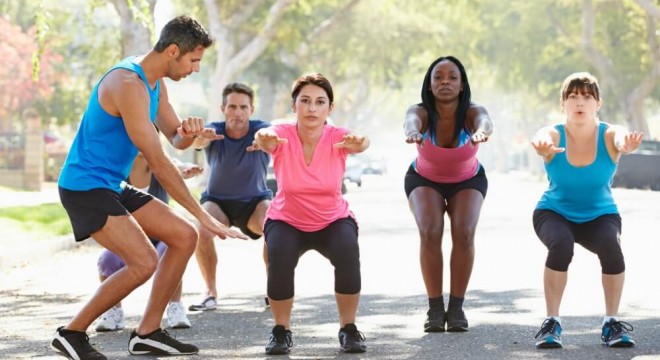 Can We Make Australia Healthier by Amending the Fringe Benefits Tax?

The declining health of Australia’s population has been the focus of much media attention over the past few years as we become increasingly obese and prone to chronic health issues, such as heart disease and diabetes. These problems have a wider impact than simply the individual, as they affect Australia’s social and economic well being and put pressure on our already overloaded healthcare system. Now, the fitness industry is turning to the government to change legislation and encourage a greater implementation of workplace health and fitness programs.

Why are we becoming so unhealthy?

Much of the nation’s health concerns stem from our increasingly sedentary lives. We work, eat, commute, socialise and are entertained all whilst sitting down. Those with desk jobs are especially at risk as long hours of sitting tends to come in conjunction with a poor diet, a lack of physical activity and an increased risk of diseases like diabetes, heart disease and high blood pressure. Long periods of sitting has also been found to increase the risk of musculoskeletal disorders, cancer and early death. University of Sydney research found that Australians who sat for over 11 hours in a day have a 40% higher risk of dying within three years when compared to those who sat for less than four hours.

Furthermore, research conducted by the Northwestern University’s Feinberg School of Medicine found that there was a link between long hours spent sitting and disability in later life. The study looked at the activity levels of 2,286 adults over the age of 60, and showed that even just one extra hour of sitting a day increased the risk of disabilities as much as 50%. And if you think your hours spent in the gym cancels out all the sitting, you may be wrong. Lead author of the study, Dorothy Dunlop, said that “This is the first time we’ve shown sedentary behavior was related to increased disability regardless of the amount of moderate exercise.

How can an amendment to the Fringe Benefits Tax make a difference?

The Australian government is already doing a lot to improve our nation’s health through quit-smoking and exercise campaigns, and there is education at many different levels to inform the public about the dangers of alcohol, smoking, drugs, being overweight, having a poor diet and being physically inactive. There are also programs such as the Get Healthy program, to help people get active and eat a nutritious diet to become fitter and healthier. Yet more needs to be done.

The Fringe Benefits Tax (FBT) applies to the majority of non-cash benefits that an employee receives. The tax is paid by the employer and was brought in by the Fringe Benefits Tax Assessment Act 1986. Fringe benefits include things such as a company car, a cheaper loan or entertainment like food, drink or recreation. At first glance, it makes sense that a company or business should be taxed for the extras it gives its employees. However, this tax also applies to benefits like gym memberships, team bootcamps and health programs. In this way, the existence of the FBT means small to medium sized businesses are discouraged from delivering fitness in the workplace’ or healthy lifestyle programs to employees.

When it comes to fitness fringe benefits, the FBT does have some exceptions. The first $1,000 of some in-house benefits are exempt from the tax. This means that gym memberships to fitness facilities on site are exempt, but how many businesses have a gym on premise? Fitness Australia is recommending that the government amend the Fringe Benefits Tax Assessment Act 1986 so that tax-free concessions are expanded to include fitness and exercise services provided by registered gyms and exercise professionals, whether on-premise or not.

How would this amendment aid Australia’s nation-wide health decline?

In essence, a change to the FBT would remove one of the financial barriers small to medium sized businesses are faced with when they want to improve the health of their employees. It paves the way for them to incorporate workplace health and fitness programs which may encourage workers to eat better throughout their day, be more active, take walks during breaks and do group fitness classes before or after work. As well as working on increasing levels of fitness, encouraging such activities can help develop teamwork and better social links between employees.

Yet the wider reaching effects of this change could be even more significant. While Fitness Australia estimates that this expansion of the FBT could cost around $72 million, imagine the costs that would be recouped in reduced healthcare costs, with less pressure on the health care system, increased workplace productivity and growth of the fitness industry. More importantly, imagine the untold worth of people living longer, healthier and happier lives.

How to take action

A nation-wide, government-supported change to encourage health and fitness will be much more successful in making Australia healthier than the efforts of individual companies or states. Stace is calling on the fitness industry as a whole to take advantage of the spotlight being shone on community health and fitness and lobby for this change to the FBT. As fitness professionals, this is one tangible change that we can all support in order to reach our goal of making Australia fitter and healthier. If all fitness professionals work together to raise awareness for such a change to legislation, we can hopefully change the outcome for small to medium sized business and look to improve the health and fitness levels of everyone.