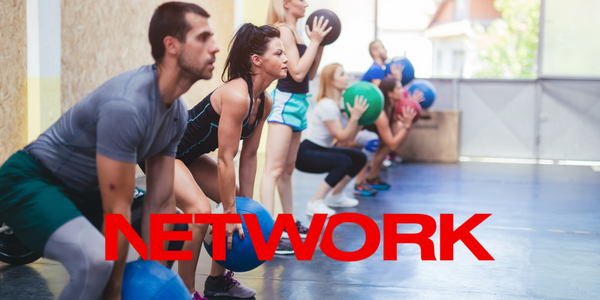 A review of the effectiveness of exercise, antidepressants and a combination of the two in alleviating the symptoms of depression finds that physical activity has a role to play.

Title: Comparative effectiveness of exercise, antidepressants and their combination in treating non-severe depression: a systematic review and network meta-analysis of randomised controlled trials.

I have a number of colleagues in the US who are now eminent Professors at their respective universities, and we continue to publish a number of research papers each year on a variety of topics in Sports Science. The best part is, I often come up with the research projects while drinking beers with these colleagues over Zoom sessions. Don’t laugh, there is empirical evidence to support our academic intellectual scientific development. For example, a scientific study published in the Journal of Psychopharmacology found that consumption of alcohol actually improved learning, while another scientific study published in the Journal Consciousness and Cognition reported light-moderate alcohol consumption improved clear thinking. OK, sounds good so far… and it gets better. The same journal published a study that reported alcohol consumption enhances a person’s problem solving skills. OK, you now know our secret to success.

As I mentioned, I am in regular contact with my friends/colleagues, and it’s not always work-related. In very early 2020 Mark called and told me he had been on his deathbed from a new virus that he apparently picked up on a flight while returning to Utah from a wedding in San Diego in late February 2020. Mark said he had never been so sick in his life, swears he saw the grim reaper and even checked that his ‘affairs were in order’! I must confess that I thought to myself ‘Man flu’, but it soon became apparent that this was something very different. Following specialised blood tests Mark was told that he had caught severe acute respiratory syndrome-coronavirus-2 (i.e. COVID-19).

There were no COVID-19 vaccinations back then, so it was a rough time for Mark. Fortunately, he survived. But little did I know that this new coronavirus would become a worldwide pandemic, have significant physiological and psychological consequences and result in over 6,650,000 deaths thus far. The Lancet, one of the most prestigious medical journals, this year published an article by Daly and Robinson which reported the COVID-19 pandemic led to a 28% increase in cases of major depressive disorders globally.

Aside from the significant health risks associated with COVID-19, the lockdown on international travel, interstate travel, the workplace and from family has been associated with severe adverse mental health consequences, including depression. I work at Southern Cross University’s Gold Coast campus, but live right on the border between NSW and QLD. This border was closed for over 100 days at its peak. Talk about stressful. Unlike many other people, however, I was very fortunate to be able to continue working from home. Incidentally, the last time the NSW-QLD border was closed was over 100 years ago in 1919 due to that other pandemic, the Spanish flu.

The impact on the Tweed Heads-Coolangatta communities (and elsewhere in Australia) was severe. With families and loved ones separated by hard borders and even localised suburb travel restrictions, thousands unemployed, businesses losing income and daily news reports of deaths tolls, the stress incurred was terrible.

A study published in the Medical Journal of Australia (Batterham et al., 2021) reported over 81% of Australians surveyed during the COVID-19 pandemic reported low level depression symptoms during the study period. Approximately 10% of participants reported moderate depression and 9% reported severe depression symptoms. This leads us to this Research Review where Recchia and colleagues from the School of Public Health in Hong Kong completed a systematic review of the effectiveness of exercise, antidepressants and a combination of exercise and antidepressants in the treatment of depression.

The authors did comment that all of the studies with an exercise intervention tended to have higher drop-out rates, ranging from 14% to 26%, as compared to the studies using antidepressants. They did not speculate on the higher drop-out rate associated with the participants completing exercise or the intensity of the exercise. Additionally, there was a significantly lower adverse events rate in the exercise groups (9%) compared to the antidepressants groups (22%). The authors concluded that their findings support the use of exercise interventions as an alternative treatment option for non-severe depression.

Zhao and colleagues at Central Queensland University recently published an article investigating physical activity in Australians during COVID-19 and its effects on depression, stress and anxiety. They found that participants in the study that met the physical activity guidelines (assessed by the eight item Active Australia Survey) had lower depression scores, anxiety scores and stress scores, lending further evidence to the benefits of exercise and physical activity on mental health.

Given the attention to depression in society today, this study provides evidence to the efficacy of exercise, alone or in combination with prescribed antidepressant medications, in the treatment of non-severe depression. However, any exercise enthusiasts experiencing depressive symptoms (mode, behavioural, sleep, body, cognitive, weight etc.) are advised to speak with their GP or specialist as soon as possible. Information on depression is available on the Beyond Blue website beyondblue.org.au under the tab ‘Learn About Mental Health’. Crisis counsellors are also available at Lifeline on 13 11 14.

It would have been beneficial to know the intensities and modes of exercise (aerobic versus resistance training) for the exercise studies to identify which type of exercise and what minimum intensity was most beneficial.

Dr Joe Walsh, PhDJoe has worked in a number of large international research teams with study findings presented around the world. In addition to working in the university sector, he is a director of Sport Science Institute. sportscienceinstitute.com

Hypertrophy: Myths and truths
The #1 reason your employees will leave you – and what to do about it
Help your clients avoid death by comfort
View all articles