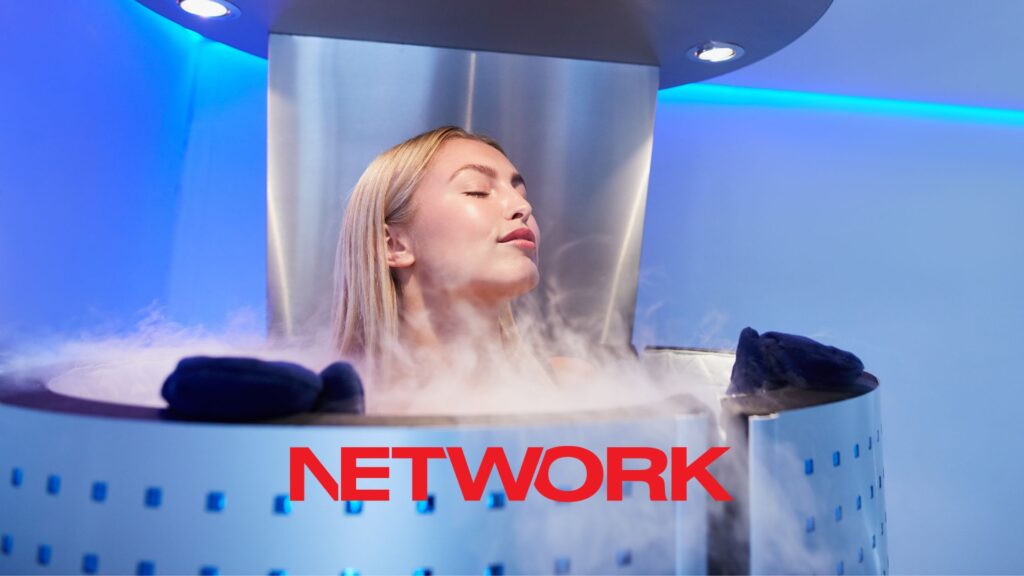 The battle against obesity is waged on many fronts, from exercise to surgery and non-invasive techniques. A scoping review of whole-body cryostimulation studies reports some interesting findings regarding its effects on obesity.

Preface: It is most appropriate that Joe and I begin by expressing our sincere appreciation and gratitude to Oliver Kitchingman, AKA Oli, our editor for the past several (actually more than several!) years for our Research Reviews. We would like to thank you for supporting our Reviews and making us look very good with your editing – and Jack for his graphic design, when they were published in the magazine format. Mahalo nui loa (thank you very much) – Joe and Mike

Introduction: Growing up in the warm and humid climates of Florida and Hawaii, I was very naïve (to put it mildly) about cold weather. I prided myself on never owning a wetsuit, never having to leave the surf due to feeling cold, and never, ever, being at risk of hypothermia. So, when I attended university in Utah, where I did most of my training (Bachelor of Science (Physiology) and Masters of Science (Cardiac Rehabilitation and Clinical Exercise Testing), it was an absolute shock when the temperature dropped in the fall (autumn as I’m still, very slowly, getting used to it being called here in Oz).

You may think I’d plan an appropriate wardrobe for my new environment, but despite thinking I’d done exactly that, I’d fallen way short. My expectation of what cold might feel like bore little resemblance to what I was now experiencing. I had a flimsy jacket and was bitterly cold every time I set foot outside. I couldn’t believe it when friends told me it would get much colder – what the freeze?! Winter came, and proved that my buddies hadn’t been exaggerating. Wearing my full-length thermal underwear, jeans and my dependable (but ultimately useless) flimsy jacket, I did what every surfer does when faced with the icy white stuff: did my best to translate my surfing prowess to the slopes. Within minutes, my knit gloves were soaking wet, and I couldn’t feel the ski poles I was holding in my numb fingers.

Hypothermia is defined as a medical emergency that occurs when the body temperature drops (i.e. < 35 degrees Celsius) and the body is losing heat faster than it can produce it. In short, I am on the mountain at the ski resort, I am shivering, my coordination is not good, I can’t feel my fingers and I realise that I’m in trouble. A friend tells me to get off the mountain and put my hands under hot water, and that I’ll be OK and back skiing in no time. Mistake number 1: I am not dressed properly, these are the wrong gloves for skiing in these conditions. Mistake number 2 is coming and will be extremely painful. I make my way to the lodge, dump the skis and head into the bathroom to run my hands under hot water. OMG. The pain in my hands when I put them under the hot water caused me to let out screams of pain that I’m sure they heard 3km away at the top of the mountain. Lesson learned: snow and cold is not good for you… or is it?

In 2018, Dr Walsh and I wrote a Research Review entitled ‘Cryogenics while you’re alive: Test run or arctic training?’. Yes, we like our catchy titles. At that time, the gym I was training at installed a cryogenics chamber and they were making non-evidence based (i.e. unsupported) claims about its health benefits. Well, thanks to fads and the Kardashians (apparently they used one in an episode of their TV show), it is now referred to as cryostimulation, and research has reported interesting findings with regard to its effects on obesity.

Dr Fontana and his colleagues in Italy published a scoping review, which is a review of the literature on a particular topic, in this case whole-body cryostimulation and obesity. As we are aware, obesity is a complex disease that involves excess fat accumulation that poses a risk to one’s health. Being obese increases a person’s risk of a number of chronic diseases and conditions, such as hypertension (elevated blood pressure), cardiovascular disease, liver and kidney disease, type 2 diabetes mellitus, sleep apnoea, osteoarthritis and a number of cancers. Worldwide, approximately one billion people are obese, including an estimated 340 million adolescents and 39 million children. Australia, of course, is not immune to the obesity epidemic: the Australian Institute of Health and Welfare identified that approximately 67% of Australians were overweight or obese.

There are a number of available treatments for obesity, which include behavioural changes (physical activity, diet), pharmacological medications and bariatric surgery. Unfortunately, non-surgical treatments are often not successful in achieving a clinically significant weight loss in order to reduce obesity-associated medical conditions. However, one relatively new, non-medical treatment is cryostimulation. Cryostimulation treatments typically consist of a 2 to 3-minute exposure of either the whole body or part of the body (head not exposed) at temperatures ranging from -110oC to -140oC.  The mechanism behind how cryostimulation works is complicated, but essentially based upon the theory that the extreme cold temperature freezes fat cells throughout the body, killing them off and permanently removing them from the body.

Methods: These researchers reviewed the available literature on cryostimulation and initially identified a total of 849 articles. After filtering these articles to their research topic of interest, there were eight articles that they included in their final review.

Results: One of the research studies (Pilch et al) included in the review reported that after ten whole-body cryostimulation sessions (time and temperature not specified) the authors reported a significant reduction in waist, hips and abdominal circumference, and skinfold thicknesses (triceps and abdominal) in women who were overweight or obese. More interesting, after 20 sessions the results intensified where the researchers found a significant improvement in weight, absolute total body fat, and in leg fat. However, a study of men who were obese (Ziemanne at al.), reported no improvement in body composition after 10 whole-body cryostimulation sessions.

Overall, the authors of the scoping review concluded that most studies suggest that whole-body cryostimulation resulted in improved body fat reductions and reductions in circumferences in different regions of the body. The authors did highlight, though, that it was difficult to compare the studies head-to-head as there were confounding factors such as diet and exercise that were not accounted for.

Pros: Interesting results, it appears that cryostimulation may be a promising treatment in the arsenal against obesity. However, fitness enthusiasts are strongly encouraged to speak with their GP prior to initiating any cryostimulation therapy treatments (for health or exercise performance). As mentioned in our previous Research Review, there is still insufficient research completed on cryotherapy, and while there is more evidence now than there was then, it is still very much experimental, with many studies positive, but with some studies showing no significant improvements. Anyone interested in reading our initial Research Review from 2018 may find it freely accessible here.

Cons: Dr Bouzigon and colleagues from France published a paper on cryostimulation and reported that exposure to cold can be harmful to exercise training adaptations and therefore could result in a negative effect on sporting performance. More importantly, these authors emphasised that there is contraindication to the use of cryostimulation and that it should only be completed in controlled conditions. Although cryostimulation is considered a safe treatment, there have been cases in which significant health problems have been reported, both during and following the extreme cold exposure.

Even with proper usage, cryostimulation may have health risks in the presence of certain medical conditions. Therefore, it is imperative to exclude the absolute and relative contraindications before each session, as the health condition of users is a safety and liability issue. Additionally, cryostimulation should not be a one-size-fits-all approach. For example, a number of research studies have identified significant differences in the results based upon differences in body composition, gender, training status, age, skin type, and responsiveness. They reported that women typically cool down more quickly than men and therefore require a milder cold dose of cryostimulation.

Joe has worked in a number of large international research teams with study findings presented around the world. In addition to working in the university sector, he is a director of Sport Science Institute. sportscienceinstitute.com

Poached egg with asparagus & lemon-scented olive oil
The lowdown on loaded: Unlocking ViPR’s true potential
7 ways you can improve your client’s pregnancy experience (even without a pregnancy qualification)
View all articles